The American spirit is nothing if not resilient. In a bid to make life smoother and restore some semblance of normalcy, as the public and private sectors battle the health and economic effects of COVID-19, physical retail and restaurant alternatives are proliferating across the U.S. This new retail and restaurant format offers a smart solution, allowing more consumers to quickly get the items they need for themselves and their families while continuing to follow stay-at-home advisories.

What are pop-up stores? As their description more or less implies, a pop-up shop serves as a short-term retail location that business owners use to sell more of their products and/or services. Over the past decade, online retailers have cornered the pop-up market, and in so doing, have grown their brands by advertising to a broader array of customers via word of mouth and social media campaigning. However, in more recent years, an increasing number of brick-and-mortar stores are taking advantage of this sales method as well to improve customer relationships and grow their presence in an ultra-competitive industry that is in a constant state of flux. Mobile point-of-sale systems using high-speed internet access have fueled the proliferation of pop-up shops. 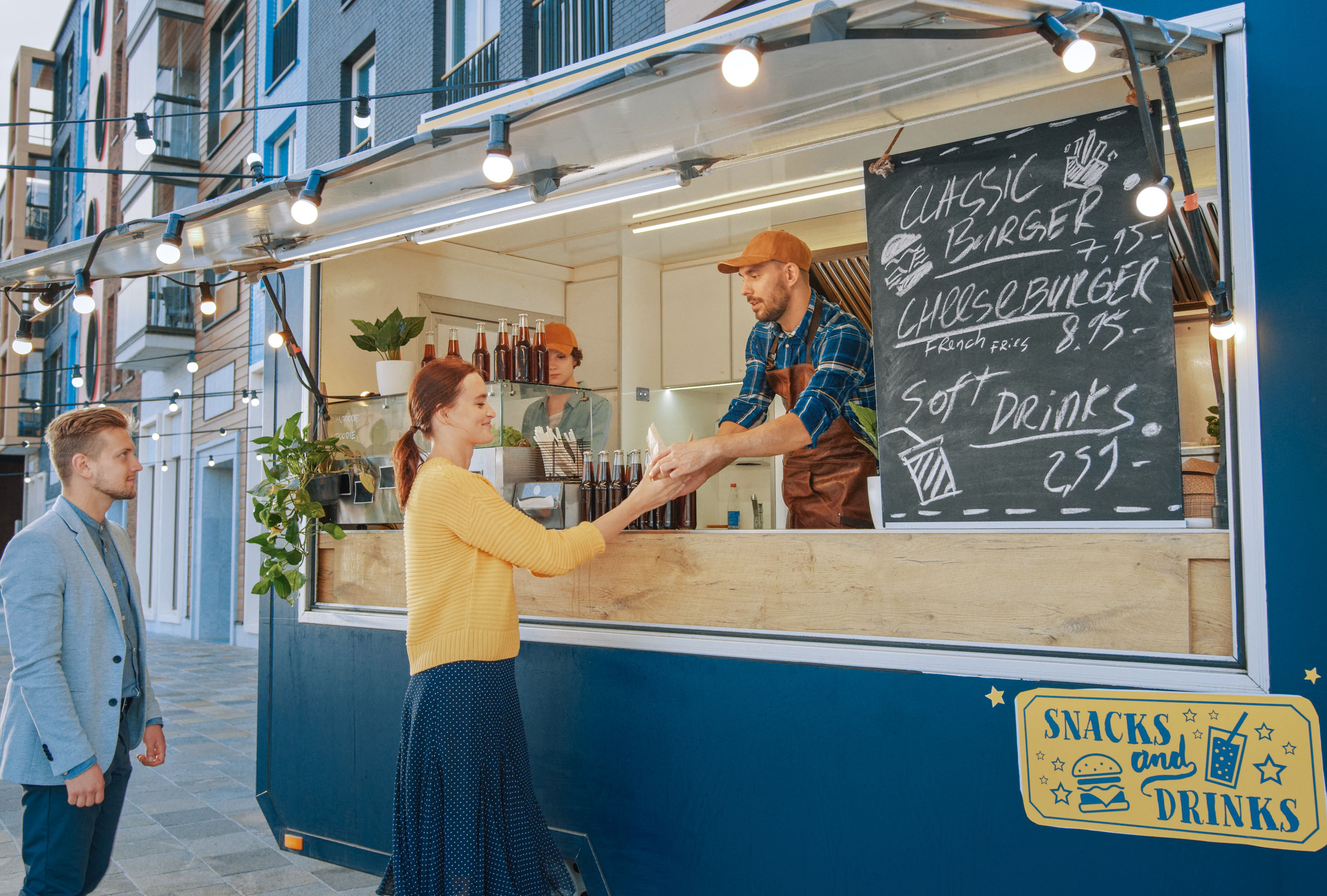 As numerous media outlets have reported, pop-ups have become particularly popular during the COVID-19 crisis. For example, as noted by Progressive Grocer, the international convenience store chain 7-Eleven recently opened its very first pop-up store at Children's Medical Center in Dallas. Hospitals and healthcare employees tend to work long hours normally, but their busy schedules have ramped up in several cities severely impacted by COVID-19, which thus far have mainly been urban areas with high-density populations.

Pop-up stores have provided doctors, nurses, and hospital staff a way to quickly and conveniently get the items they need while they're at work rather than driving to a brick-and-mortar grocery store, many of which have reduced their hours of operation to devote more time to stocking.

Shop and purchase simplicityIn addition to the grab-and-go convenience that pop-up stores offer from a sheer merchandise perspective, mobile POS and internet networks enable customers to purchase goods and services using simplified and effective technology as well, be it via credit cards, mobile wallets, debit cards or their handheld devices.

The POS system set up at Children's Medical Center by 7-Eleven is especially convenient because hospital staff can simply swipe their badges to pay during checkout, Progressive Grocer reported.

Joe DePinto, president and CEO of the nearly 90-year-old convenience store conglomerate, said in a press release that he couldn't be happier to make life just a little bit easier for the people who are saving lives each and every day.

"The doctors, nurses and care teams at Children’s Health are true heroes," DePinto explained. "When Children’s Health asked us to provide their team members convenient access to essentials during this unprecedented time, our team rose to meet the challenge, opening this first-of-its-kind store in less than two weeks. We are so proud to serve those on the front line of this pandemic."

Restaurants also launching pop-up shops, food trucksAnother industry rocked by COVID-19 is the restaurant sector. While most eateries remain open and offer takeout as well as delivery, dining rooms have been shut down to reduce the spread of the highly infectious contagion. As a result, a number of restaurateurs are making the best of it by launching pop-up shops of their own, converting their dining areas into temporary marketplaces, where customers can come to buy refrigerator staples like eggs and milk and produce like fruits and vegetables.

They have become particularly commonplace in San Antonio. As reported by KSAT, at least three area restaurants have jumped aboard the pop-up shop bandwagon, including La Panderia, Sangria on the Berg, and Mi Tierra Cafe and Bakery.

Mi Terra's Pete Cortez told KSAT that his POS infrastructure and convertible location helped him make the switch relatively seamlessly, all while maintaining much of his staff.

"We were trying to think about all the things that we already had in inventory and things that we could put out on the shelves," Cortez explained. "We’ve been very fortunate to be able to stay stocked every day, but the other blessing, really for us, is that we have over 700 employees. This has given us an opportunity for everybody to come back to work."

Some restaurants are complementing their services by taking their business on the road - literally. As reported by Forbes, because typically bustling areas of the city aren't as fraught with activity, as usual, restaurateurs are taking their food trucks to where the people are these days, including residential neighborhoods and more rural locations.

From pop-up shops to food trucks and kiosks, mobile locations - no matter where they are located - are only as good as their network. Here at Ventus, we develop and deploy the managed networking infrastructure that underlies modern retail infrastructure using cellular WAN to generate a Wi-Fi LAN network. The Ventus VXI300, an enterprise-class cellular network router that acts as a 3x3 dual-band Wi-Fi access point, with lightning-fast downlink and uplink speeds, generates a private SSID Wi-Fi network to support mobile and pop-up shops connected devices.

Ventus disruption-free, high-bandwidth managed services allow retailers and restaurants to embrace technological innovation without risking customer satisfaction. Connect with us today to learn more about how Ventus Managed Network-as-a-Service offerings for mobile shops, pop-up stores, food trucks, and kiosks can help your company prepare all the new challenges. For more information on the Ventus VXI300 router, contact us today.